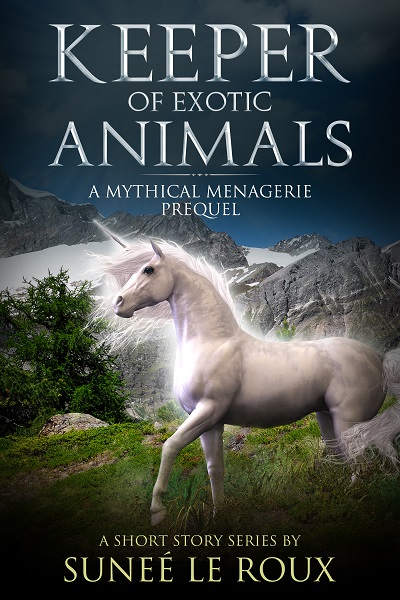 What do you do when the last unicorn in the world has gone missing?

Diana, the Keeper of Exotic Animals, hasn’t set foot outside of the Repository, the hidden mountain fortress where the last remnants of the world’s mythical creatures are housed for safekeeping, in almost a decade. But when Una, the world’s sole surviving unicorn, escapes from her enclosure, leaving tracks behind that lead Outside, Diana has no choice but to go in search of her.

And to make matters worse, the Elder Council has sent her biggest rival to look after her creatures while she’ll be gone. Diana knows that the insufferable woman will make the most of this opportunity to grab the mantle of Keeper for herself. And what would become of Diana’s animals then?

With the careless slip of a cage’s lock, Diana’s worst nightmares are about to come true as she stands the chance of not only losing the last unicorn, but also her home and her life’s calling, all in one fell swoop.

Accompanied by the shrewd shape-shifter, Reese, Diana goes on a quest to find Una and to redeem herself with the Elder Council, before it’s too late and everything she holds dear is lost.

Join my newsletter to receive the prequel to the Mythical Menagerie series today!